A pack of 6 different types of HUDs ready to use in Unity, each one with its own unique behavior and High Fidelity:

- European (Based on the Eurofighter symbology)

All displayed data is automatically calculated by the script. It can be used for aircrafts, helicopters, drones, mechs, cannons, surveillance or any controlled machine.

By disabling the HUD's frame It can also be used as an HMD (Helmet-Mounted Display) similar to those used on the F-35 fighter jet.

See it in action here:

Get it Now on Unity AssetStore!

- Comes with a mini Sound Manager and a Console Display that shows small timed messages on the bottom of the HUD.

- Also comes with a simple Camera movement script that emulates an aircraft flight for proper testing the instruments.

- Suitable both for Arcade or Simulations.

To install you just drag&drop the HUD prefab to your scene and link a reference to your aircraft Transform. If you leave it empty, then it will automatically look for the MainCamera. It works for all screen aspect ratios.

Check out the documentation for more details on how this asset works inside Unity:

Get it Now on Unity AssetStore! 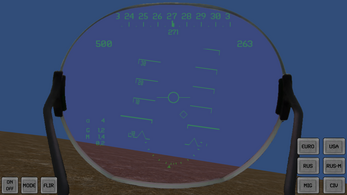 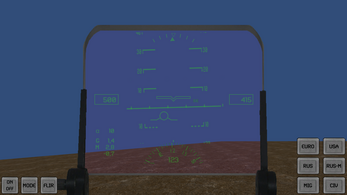 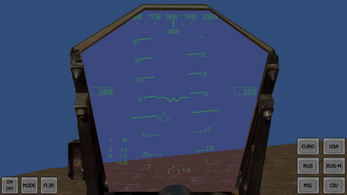 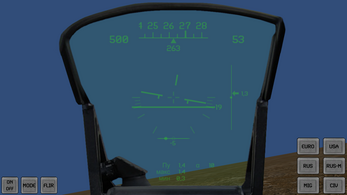 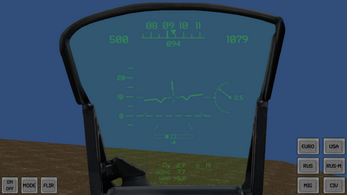 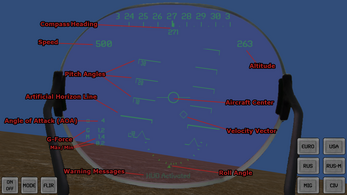 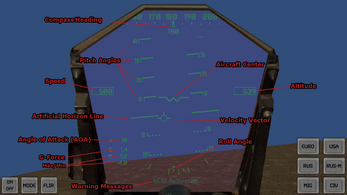 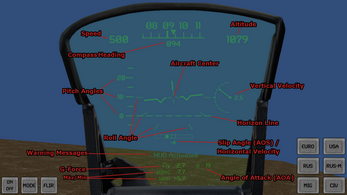