A downloadable game for Windows and Linux

***Attention!! This game is NOT a mainstream FPS. It is a SIMULATION focused on including real effects and challenges that comes together when shooting a Real Firearm that is usually not present in mainstream FPSs. So, for hardcore gamers, prepare yourself for a new challenge!

There are no "instant laser rays" coming out from your eyes as fake bullets, this simulation consists of a Real Physics bullet coming out from the gun's barrel, following a Parabolic/Ballistic Trajectory, so, you will have to deal with parallax effects when aiming and much more, like spinning motion, air drag, drift, bullet instability, spiral movement effect, etc... For longer distance shots these effects becomes even more noticeable and affects the real point of impact. You will have a hard time trying to hit something at 300 meters if you use a pistol, but with assault rifles that gets achievable, but it's not easy! You will have to master the specific weapon's behavior before you could hit a Bullseye at such long ranges! 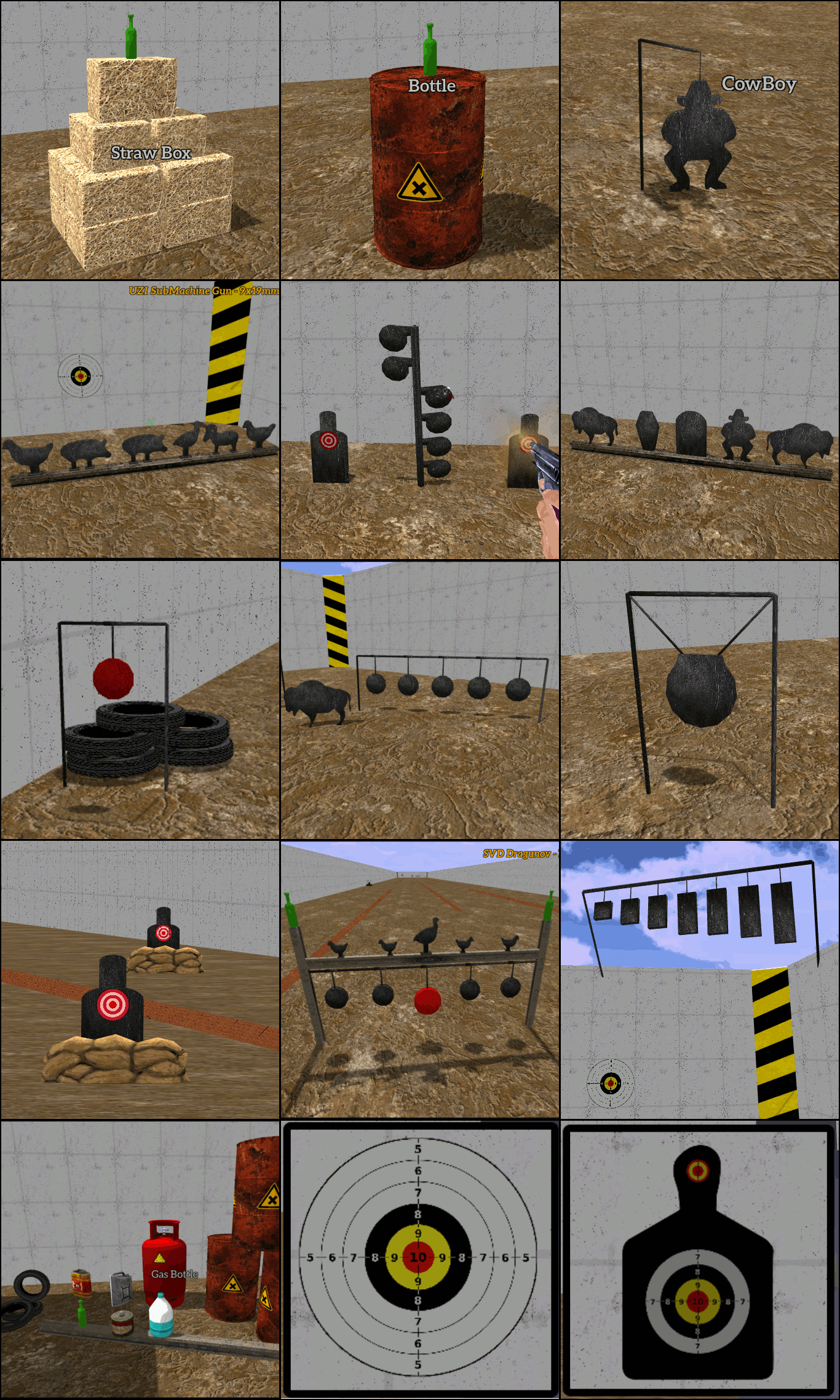 Available Weapons in this edition: 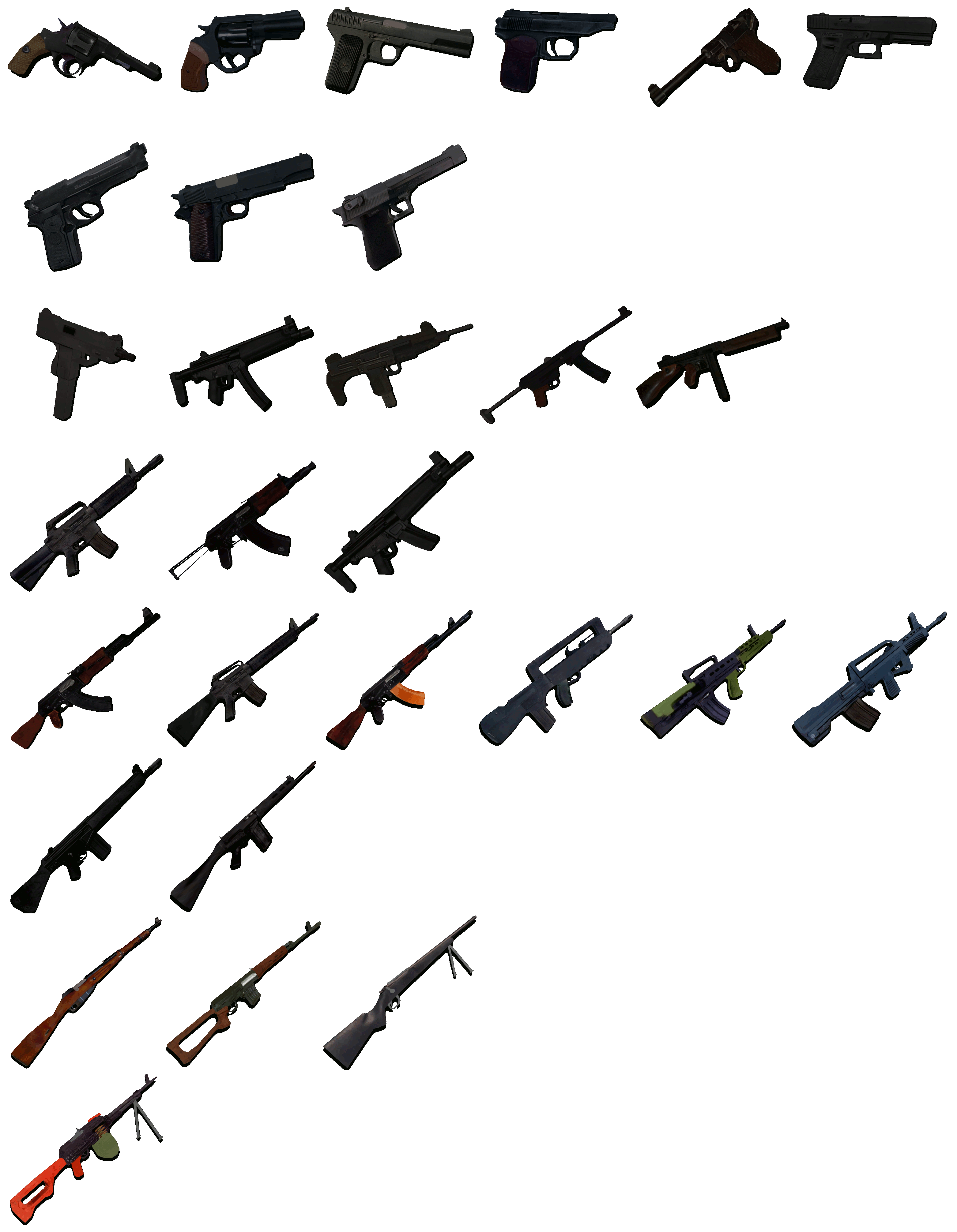 If you like this ever growing project, then kindly support me by donating or sharing this project page, so I can pay a good artist for a High definition and Fully Detailed weapons models!     (I want to include player custom adjustable sights and also a close-up mode were you will be able to click and interact with the gun's buttons, bolt, handles and sights in a realistic way.)

Stay Tuned for other upcoming editions under development!

Rate and Leave you FeedBack!

Get the FullPack version with  with Customizable Controls, both Indoor/Outdoor scenario, all 40 weapons available and Sniper Scopes here: 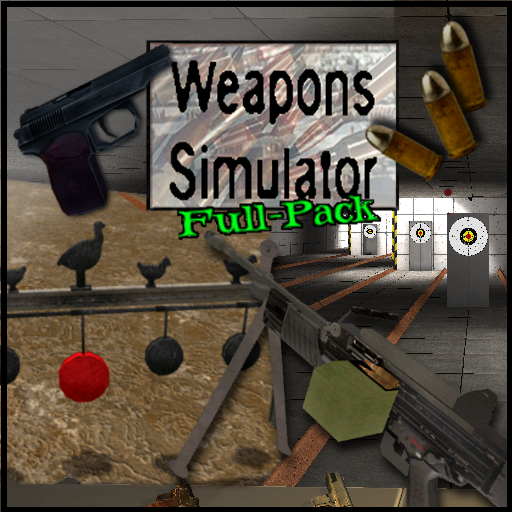 Pretty well done, could do with some graphical improvements though. 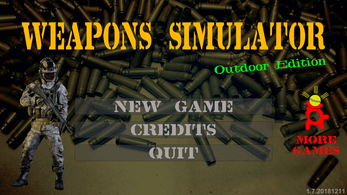 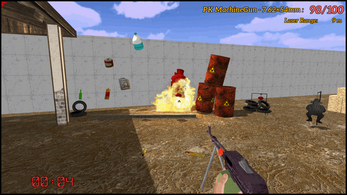 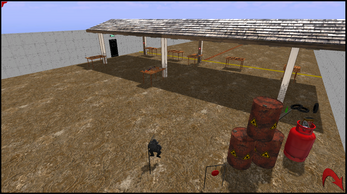 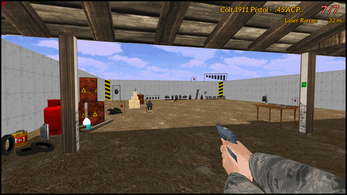 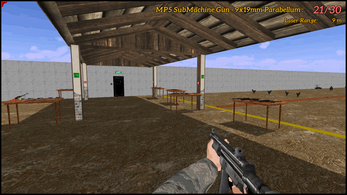 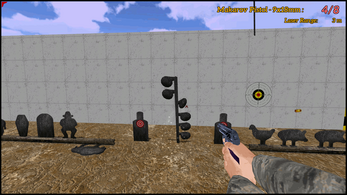 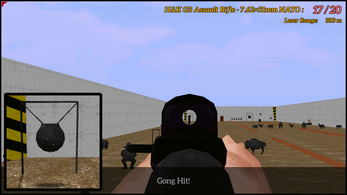 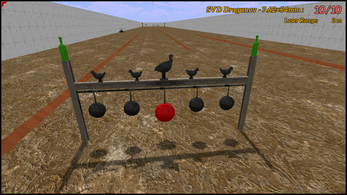 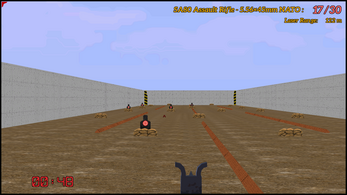 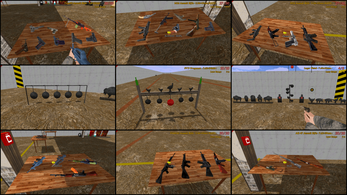 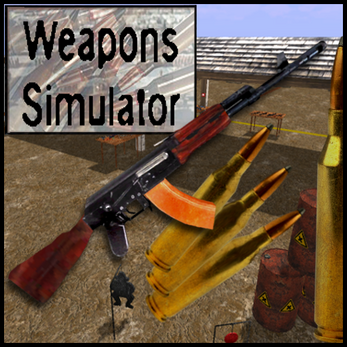